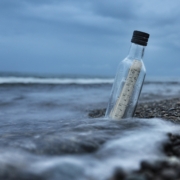 There is growing debate about the extent to which content platforms are responsible for the content third parties create and distribute. As I write this, the US Congress is holding a hearing about whether Facebook, Twitter and Google should be held liable for the unsavory posts and other controversial content they distribute.

END_OF_DOCUMENT_TOKEN_TO_BE_REPLACED 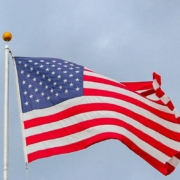 News-wise, it’s almost as if 2021 told 2020 to ‘hold my beer’. In 15 days, this new year hasn’t offered any respite from the drama and anxiety that pervaded 2020, especially in the United States. I will not be rehashing or opining on any of the events that engulfed Washington DC last week, but it’s becoming clearer now that the aftershocks of the DC Riots will be far-reaching and will have a major impact on technology and free speech.

END_OF_DOCUMENT_TOKEN_TO_BE_REPLACED 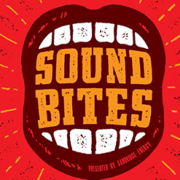 Today’s NFL coaches are concerned that the new players being drafted are millennials and they will need to be treated differently – they report that football playmaking classroom training sessions need to be limited to 30 minutes, with breaks for the athletes to check their phones, text messages, and social media feeds.

END_OF_DOCUMENT_TOKEN_TO_BE_REPLACED 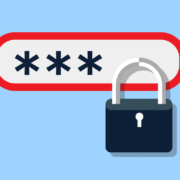 The average Internet user has over 100 online accounts, according to Dashlane. Who on earth can keep track of that many accounts? No one really. That’s why millions of people use password managers to keep their passwords encrypted and organized. Typically, password managers are apps that encrypt and store your passwords in the cloud or locally on your computer, requiring you to use just one secure password to access all your passwords. Convenient, right? So what’s the problem?

END_OF_DOCUMENT_TOKEN_TO_BE_REPLACED 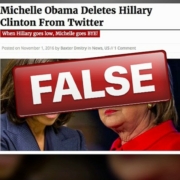 “Astounding Trump Tweet you are not going to Believe” – – This headline is just one example of a “fake news” item you might see on Twitter, Facebook or some other social network. Fake news is believed (by analysts and spectators across the political spectrum) to have played a large role in the 2016 presidential election, likely swaying election results in some states.

Can you tell which headlines are fake?

[2, 3 and 4 represent actual facts. Yes, Kanye West is planning to run for President.]

The New York Times provides another example of social media stories influencing presidential elections and the substantial effort needed to counteract their effects: “In Indonesia, where Facebook is so popular that some people confuse it with the broader internet, the service has considerable sway. When Joko Widodo, Indonesia’s president, was running for office in 2014, he was accused through social media of being a Chinese Christian and a communist — severe criticism in the deeply Islamic country. The Indonesian politician released his marriage certificate to prove he wasn’t Chinese and made a pilgrimage to Mecca just before voting” [to persuade voters that the rumors were false].

Why is society gobbling up fake news?

What can be done?

Can technology innovations reduce the spread of fake news? Facebook and Google have recently removed the ad revenue option for what they determine to be fake news sites. If these sources cannot place revenue generating ads in their news feeds, they are less likely to stay in business, and the business model itself may fail.

Facebook and Google have proprietary filters to help them determine which news sources are not valid. They already use artificial intelligence and algorithms to customize ad delivery to consumers. Now they are using this same technology to identify fake news and its sources.

The solution isn’t perfect. No algorithm will sort the news correctly each and every time. In either case, the fake news is still posted online, still getting eyeballs and still searchable. Filters cannot identify every type of false content. What about advertorials, such as paid articles reviewing a new technology product? What about a fake Yelp review designed to damage the reputation of a small business?

Crowd sourcing is another tool for identifying fake news. Most social media sites allow consumers to report posts that are not accurate. And they have been working to make it even easier to make such reports. Social media outlets simply cannot catch all of the abuses without help from end users. To learn how to make a report, read this link.  Sony is attempting to patent a system to validate information sources using ratings from an online community. The patent is entitled:  Veracity Scale for Journalists. Time will tell whether these tactics will be effective.

How to spot fake news

There will always be at least some fake news on social media, designed to mislead readers and bait them into sharing. Considering this, the average social media user should watch out for some basic clues: exaggerated headlines including words like “shock”, “amazing”, “massive”, headlines with ALL CAPS, strange domain names, strange photos of the article’s subject and lack of coverage for the news item in other news sources.

It is common sense for readers to control their news environment by visiting a trusted source for news instead of Facebook or Twitter. If they do read a particularly surprising or shocking news story on Facebook, they should validate the story by checking other news publications, certainly before they decide to share the “news” item and support its virulent and potentially harmful spread throughout society.

The Soaring 20’s: Enter the Era of Optimizing! Click for RPost Insights & Outlook.