You are here: Home/ Blog / Beware What’s Under Your Christmas Tree 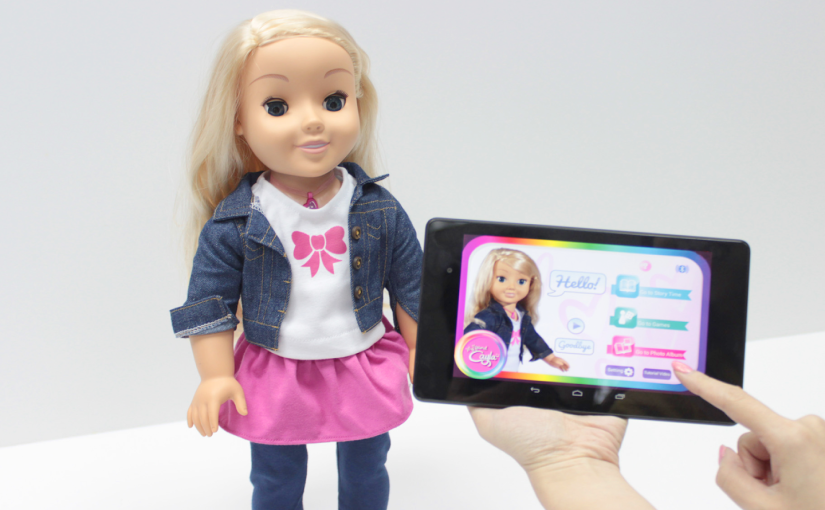 Beware What’s Under Your Christmas Tree

Charlie Brown once said, “It’s not what’s under the Christmas tree that matters. It’s who’s around it.” It’s a lovely sentiment, but it’s hard to get into the holiday spirit when the special toy you’ve chosen for your child is taking photos of your child and recording his or her conversations, then transmitting this data via the Internet (for speech recognition processing, for example), where it can easily be associated with your phone records and Internet ID’s, analyzed by programs, and added to your (and perhaps now your “family’s”) online profile for sale.

In December, consumer advocacy groups filed a complaint with the FTC alleging that two talking dolls are recording conversations with the children conversing with them. The two dolls, My Friend Cayla and i-Que Intelligent Robot, are manufactured by Genesys Toys and use speech recognition technology from Nuance Communications. According to the complaint, My Friend Cayla requests permission to access the hardware, storage, microphone, Wi-Fi connections, and Bluetooth on users’ devices. The i-Que companion application requests additional access to the device camera.

Last holiday season, Mattel got similar flak for its “Hello Barbie” doll, which hasn’t sold well and has since had its price reduced substantially.

When you upload your holiday photos to Facebook, or Google Photos, consider that it can also post the location where those photos were taken or posted from, create a catalog of your family and friends using facial recognition technology, and record all of this (behind the scenes) for future application.

What if you told Aunt Joanne that you couldn’t come to her holiday dinner because you were “vacationing in Florida” this year? She might be surprised when she sees that your special holiday photo message was posted from your hometown in Michigan.

Facebook knows which friends were invited to your celebration. When you upload a group photo to Facebook, Facebook attempts to identify and tag people in the photo using automated facial recognition programs. The tagging is not always accurate; in some cases, photos are tagged with the wrong names. We’re not sure which is worse: having your friends unwittingly tagged by name or having them falsely identified and tagged as someone else.

Since Facebook is able to identify people in photos automatically (albeit with the occasional hiccup), might Facebook be using this ability to know where we go (whether or not the suggested tags are published) for revenue generation, a/k/a advertising, purposes? Certainly this is one possible application.

Is it eerie to consider that being in the background of a stranger’s photo might automatically inform Facebook of your whereabouts?

If you are concerned about privacy, consider turning off both your location services and the tagging functions on your Facebook app. You can also turn off location services on other popular apps including Snapchat, Yelp and Chrome.

Video surveillance continues to encroach on personal privacy. The installed base of public and private security cameras in the US is estimated at 62 million. Law enforcement uses this network for security monitoring, to reduce crime and collect evidence against alleged criminals. But there is also the potential for this information to be compromised and used for identify theft, blackmail or voyeurism. Webcams also present security risks as discussed in Internet Cameras and Masking Tape.

The Georgetown Law Center on Privacy & Technology recently published Perpetual Line-Up, Unregulated Police Face Recognition in America. It reports that law enforcement holds images for more than 117 million American adults. According to the report, legislation governing how facial recognition technology is to be used is woefully inadequate.  The accuracy of the matching technology is also in dispute since there is no unified standard for recording accuracy. One face recognition program claimed an error rate of 5%. Many do not even report this information. When humans are called in to confirm a facial recognition match, they make errors in about half of all cases unless they have received specialized training.

Ideally, consumer protection groups, unified legislation and common sense will curb the invasion of monitoring technology – or at least provide you with better options to opt out.

Ultimately, whether or not people choose the convenience of technology and the lure of cool apps over their privacy and personal space remains to be seen.

In the meantime, enjoy your holidays with friends and family. Only be mindful that somewhere, perhaps in Silicon Valley, a bunch of computers know exactly what you’re up to.