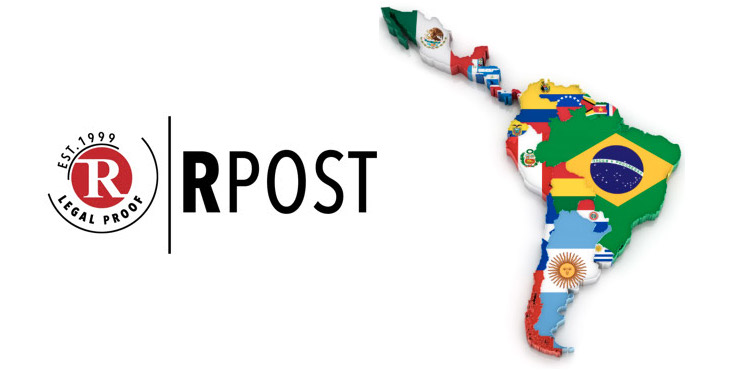 RPost announces a multi-year renewal of its long-time Latin American strategic partner and distributor contract with Colombia’s Certicámara. Certicámara is a consortium of a form of secretaries of state in Colombia; established to provide security, authentication, and identity technologies to encourage digital transformation among business and government entities in Colombia.

After completing an initial five year term during which time RPost and Certicámara brought a legally authorized Colombian version of Registered Email™ services to many of the largest enterprise and government entities in Colombia, RPost and Certicámara have agreed to renew for another multi-year term.

“Certicámara’s renewal of the multi-year RPost contract cements RPost’s Registered Email technology as the legal standard of email proof of delivery in Colombia, now and into the future,” states Adrian Velazquez, director of RPost’s Latin American business. “Working with our partners in Latin America and in particular, Certicámara in Colombia, we are servicing some of the largest insurance companies, including MetLife and Willis, telecom carriers including Telefonica and America Movil’s Claro, and government entities including central banks and ministries.”

Over the last six months, RPost has seen its business growth accelerate in Colombia, with 22% growth in number of corporate and government customers, and 77% growth in monthly RPost message transaction volume. “As part of this renewal, RPost is deploying an update of its RMail Spanish user experience, software operations, and marketing,” adds Velazquez. RPost has offices supporting its Latin American business operations in San Jose, Costa Rica and Sao Paulo, Brazil.

This is part of RPost’s global expansion through distributors, building on Ingram Micro’s deployments in the United States, Canada, Australia, United Kingdom, and Europe/Netherlands; Frama’s expanding customer base across Europe, and other specialized partners and distributors in other countries.