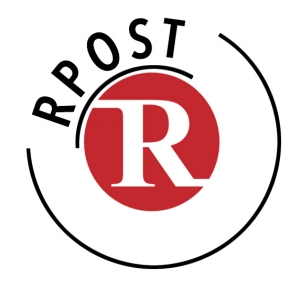 While contractually binding, email agreements have been the cause of legal disputes.

Two e-commerce companies that recently joined forces hope the fax machine will one day be to real estate brokers what an eight-track player is to Apple executives.

Commercial real estate transactions often involve millions of dollars and require a dozen players to negotiate a deal. That can mean upward of 150 phone calls and exchanging 100 pages worth of documents on just one deal, said Jonathan Cutler, president of SettlementRoom.

In 1999, Cutler started developing technology to cut down some of the back and forth. “The whole objective was to take the closing process from a phone and paper-based system to something centralized on the Web,” Cutler said. Cutler, a former homebuilder, title company owner and commercial real estate investor, created a software program that enables parties involved in a negotiation to share documents through an electronic “room” on his Web site.

Now, Cutler wants to take the process one step further by allowing clients to use RPost’s Registered Email™ program, which, he said, takes email from a communication tool to a binding contractual tool. “One thing brokers are still doing is sending a lot of marked-up faxes back and forth,” said Zafar Khan, chief executive officer of RPost. “Registered Email™ has the ability to eliminate the need for all this printing, scanning and faxing. All of those things take time, cause hassles, and could cause delays that would allow a broker to lose a deal.”

RPost users get a receipt in much the same way that someone would if a document were sent through the U.S. Postal service. A digitally recorded server-to-server dialogue message acceptance is folded into a registered-receipt email and returned to the sender to confirm delivery and the content of the sent Registered Email™ message. RPost’s software can capture the server-to-server dialogue for the sender, confirm the exact content and times of transmission, and interpret the dialogue from the transmitted code for a nontechnical person. SettlementRoom and RPost reached an agreement in early October that will allow RPost’s Registered Email™ program to be used by Settlement Room clients.

Technology has wrought enormous changes on the way brokers conduct business in the 10 years since Kitty Wallace, senior vice president with Sperry Van Ness, first entered commercial real estate. But as a broker who specializes in Los Angeles multifamily, where nearly 80 percent of the owners are moms and pops, she deals with varying levels of comfort with technology.

“I just did a $26 million deal with a guy who doesn’t have fax or email,” Wallace said. “We literally had to use wet signatures every time I needed him to sign something. But that was an exception.” She does, however, have clients who prefer a fax to an email. “Some people are uncomfortable with technology,” Wallace said. “Some of the mom-and-pops don’t do that many deals. They may sell one or two buildings every few years.”

For Wallace, who closes 40 deals a year totaling $150 million, handling transactions as efficiently as possible is important, so she employs all types of technological tools.

Sperry Van Ness has a software program that was created in-house that is similar to what SettlementRoom provides. Those types of programs have made all the difference in the world, Wallace said. For example, when listing a property, all of the due diligence materials are already uploaded on to the Web site. Or if rents are increased, brokers can change that with the click of a button rather than having to resend materials, saving both time and money. “You want to close deals as quickly as you can,” Wallace said. “You don’t know what will happen tomorrow. It might be the next earthquake.” Especially as the real estate investor pool continues to become more global, the Internet has increased the ability to communicate over long distances.

“Now, anyone can access real estate information from any part of the nation or world,” said Michael Yoshiba, shareholder in the litigation department and the eminent domain practice group at Richards, Watson & Gershon. “It’s easier to conduct transactions and share information. For brokers, it’s easier to market properties and share property profile information.”

In one of the deals Wallace worked on, she had a buyer in Los Angeles, a seller in Orange County and the money partner in New York. In the past, she would have had to use FedEx to ship the agreement to Los Angeles for a signature, and then Orange County and then to New York for signatures before being able to close the deal. “Now, I am able to do it all via email,” Wallace said. “I am able to do it all in 45 minutes.”

She still followed up, however, by sending a hard copy out to each participant through Fed-Ex to get wet signatures as a back-up. As convenient as this is, Wallace said that less than 10 percent of her clients use e-signatures and those who do are primarily her institutional clients. While some players have embraced e-signatures as contractually binding, Deborah Thoren-Peden, a partner at Pillsbury Winthrop Shaw Pittman, said it is important to put that agreement on non-cyberspace paper.

“I certainly think a lot of contracts aren’t done in person,” Thoren-Peden said. “In the last few years, there has been a huge shift in how contract and contract negotiations have been handled.” She added that the federal Uniform Electronic Transaction Act, introduced in 2000, states that no one can presume a contract is invalid because an e-signature was used, Thoren-Peden said. The statute also puts Registered Email™ on the same footing as a letter sent via FedEx, Khan said.

But Khan thinks that RPost beats regular mail in more than time savings because his program also proves the content. All regular registered mail does is confirm the person received an envelope, but doesn’t really verify the contents inside.

Even RPost won’t prevent some deals from ending up in court, however. “I’m fairly certain courts will continue to evaluate whether e-signature is valid,” Thoren-Peden said. “There are always going to be circumstances where people say things occurred that they didn’t agree to. In those situations, it will end up in court.”